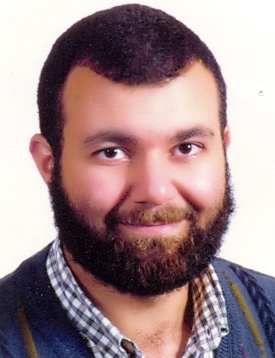 The world is still in the exponential growth phase of the curve!

In relation to the current global effect of the new Corona Virus pandemic as announced by the World Health Organization (WHO), I am publishing here a tracker that shows two important pieces of information:

1- The global (worldwide) average cumulative number of infections, calculated based on a weekly average, as per WHO confirmed cases for all countries (left vertical axis).

While the first curve shows the current statistics, it is not as important as the second one,  the second curve is what really shows how the disease is being controlled all over the world collectively.

Ultimately to say that the growth rate has reached a controllable (slower than exponential) growth, the world wants the second curve to get to a value (rate = 1).  As can be seen, this has never happened yet.

It can be seen that the rate was getting very close to 1 around the last week of February when the disease spread was controlled in China and not yet widely spread elsewhere.  However, it started picking up again at exponential growth (rate>1) since then.

By observing social distancing and taking WHO measures into account all over the world, the hope is to reach the spread controllability point (rate = 1) and then start declining.

Ultimately this can happen if a large population gets infected, but this is not the aim.  The aim is to control the rate of infection by reducing interaction and hence reach the desired situation without risking a large number of infections.

Note: This doesn’t include recovered cases.  If this is included, we can then see decline in the total number of cases, which is not happening yet and not shown here yet since tracking recovery is not accurate yet.

Tamer Khattab (M’ 94 SM’ 18) received his Ph.D. in Electrical and Computer Engineering from the University of British Columbia (UBC), Vancouver, BC, Canada in 2007, M.Sc. in Electronics and Communications Engineering and B.Sc. in Electronics and Communications Engineering from Cairo University, Giza, Egypt. Dr. Khattab joined Electrical Engineering at Qatar University (QU) since 2007.  He is currently an Associate Professor and an affiliated Senior Member of the Technical Staff at Qatar Mobility Innovation Center (QMIC), an R&D center owned by QU and funded by Qatar Science and Technology Park (QSTP). Between 2006 and 2007 he was a postdoctoral fellow in Electrical and Computer Engineering at UBC working on prototyping advanced Gigabit/sec wireless LAN baseband transceivers. During 2000-2003 Dr. Khattab joined Nokia Siemens Networks Canada Inc.’s Network and Service Management R&D in Vancouver, BC, Canada as a Member of the Technical Staff working on development of core components for network and service management platforms. Between 1994 and 1999 he was with IBM wtc. Egypt as a software development team lead working on development of several client-server corporate tools for IBM labs. Dr. Khattab’s research interests cover physical layer transmission techniques in optical and wireless networks, information theoretic aspects of communication systems and MAC layer protocol design and analysis.  Dr. Khattab has more than 200 published refereed journal and conference papers and holds several US and European patents. He is an Associate Editor for the IEEE Open Journal of the Communications Society (OJ-COMS) and the IEEE Communications Letters (COML). Dr. Khattab serves as the founding chair of the Joint IEEE ComSoc & ITSoc Chapter in Qatar.