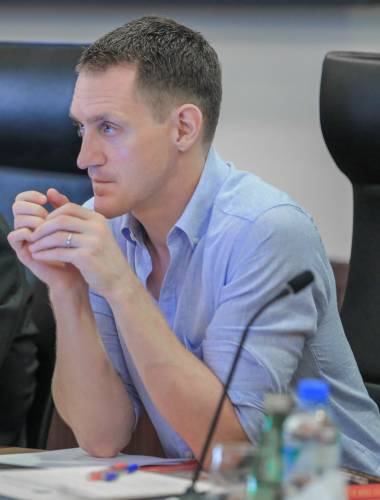 Academic Editor (Middle East), The International Journal of the History of Sport.

Biography: Dr Griffin is an Irish academic who has taught American literature and postcolonial literature in Qatar University since August 2015. He received his doctorate in American literature from University College Cork in June 2015. He has had peer-reviewed articles and book chapters published in The Journal of Postcolonial Writing and The Journal of Transatlantic Studies amongst others, and in edited collections by the University of California Press, Routledge, and Hurst Publishers.

His current research interests focus on the connection between sport and culture. He has published several articles and book chapters on the history of sport in Qatar and the part it plays in the formation of a national identity for the Gulf nation. This includes work on the cultural legacies of World Cup 2022, national identity performance in the Qatar men’s national football team, and a history of road cycling in Qatar.

At present, he is working on multiple projects relating in the field of sport and culture. The first is an article on the emergence of women’s cycling in Qatar, while the second is a study of Qatar national identity performance through sport outside of the Gulf state. The final project returns Dr Griffin to his American literature roots by examining the intersection between American football and American myth in Don DeLillo’s End Zone.

Dr Griffin has regularly appeared on Al Jazeera and other media such as Middle East Eye discussing the relationship between sport and culture in a variety of different contexts. He has also given guest lectures and contributed to various podcasts and online media. His work in this field saw him appointed as academic editor for the Middle East for The International Journal of the History of Sport in January 2021.