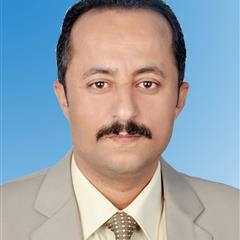 Mohamed M.S. Nasser is a professor of computational complex analysis. He received his B.Sc. degree (Mathematics) from Baghdad University, Iraq, in 1999, M.Sc. degree (Mathematics) and Ph.D. degree (Mathematics) from Universities Teknologi Malaysia, Malaysia, in 2002 and 2005, respectively. From 2005 until 2009, he was an assistant professor at the Department of Mathematics, Faculty of Science, Ibb University (Yemen).  In 2009, he joined the Department of Mathematics, Faculty of Science, King Khalid University (Saudi Arabia) as an assistant professor from 2009 to 2011 and as an associate professor from 2011 until August 2015 when he was promoted to full professor. Starting from September 2015, he moved to Qatar University. His research interests include the applied and computational complex analysis, particularly: Boundary integral equations with the generalized Neumann kernel, numerical conformal mapping, Riemann-Hilbert boundary value problem, and Numerical methods for potential flow problems.